Approach to the Child with a Seizure

Seizures are the clinical manifestation of aberrant, abnormal electrical activity in the cortical neurons. Thus they can be regarded as a symptom of cerebral pathology and are not in themselves a disease. The term epilepsy is not synonymous with seizures.  Epilepsy, which comes from the Greek epilepsia meaning “taking hold of”, is a chronic disorder characterized by the tendency for spontaneous, recurrent seizures and requires at least two unprovoked seizures to be considered as a diagnosis.

Other questions to ask:

The categorization of seizures is important for determining treatment and prognosis

In order to describe the seizure you need to answer two main questions:

Below follows a description of the different clinical seizure categories:

Seizures are either symptomatic or idiopathic.

Symptomatic seizures are caused by:

Idiopathic seizures occur in the absence of any underlying CNS pathology.  Patients with idiopathic seizures are thought to have an increased susceptibility for seizures yet have normal brain function.  Approximately 50% of seizure disorders in children can be placed in a seizure syndrome with unknown etiology.

All children who present with a possible seizure should have a complete pediatric exam.

Pay particular attention to the following elements of the physical exam:

The particular investigations for each patient depend on the differential generated after the history and physical examination.

Additional tests need to be considered when investigating the possibility of the following specific conditions:

Metabolic disease – tests specific to disease, may include: 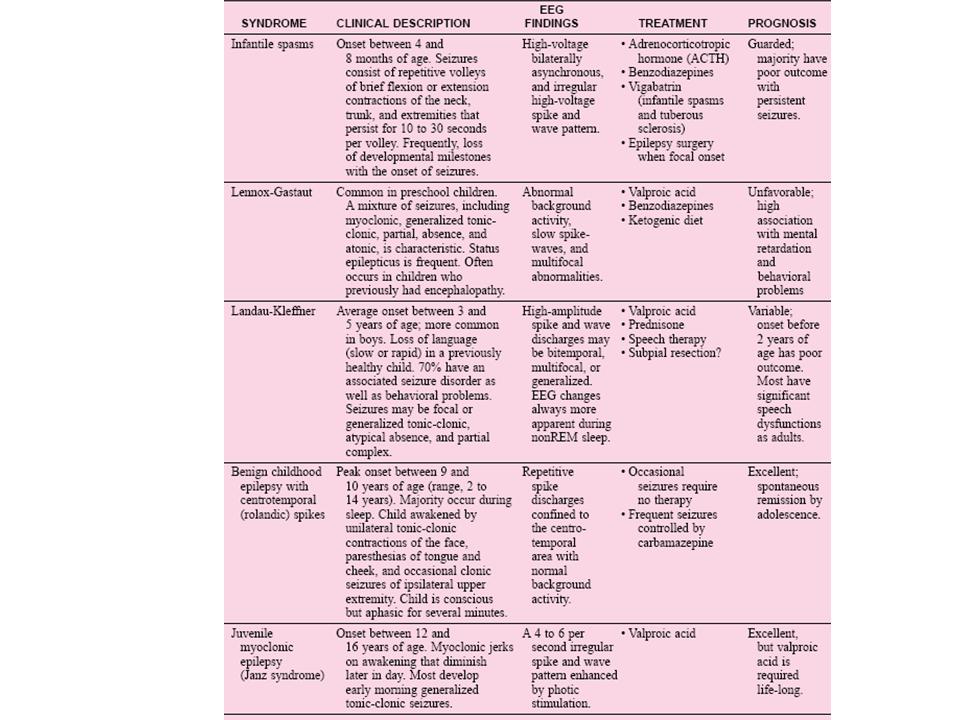 Table I: Summary of Five Seizure Syndromes found in Children (1) 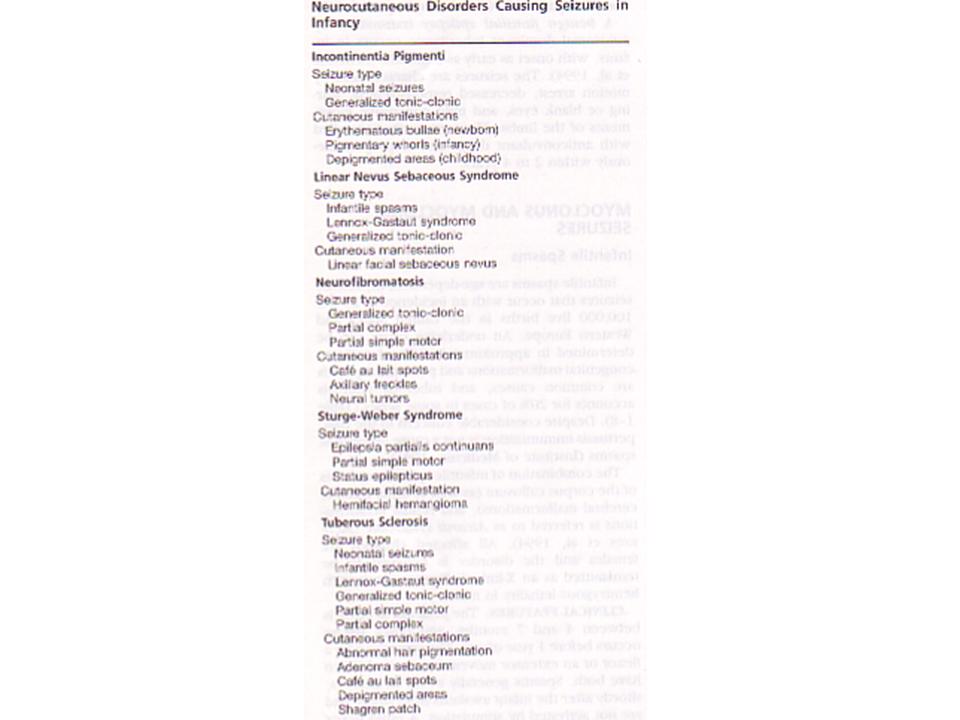