The cardiac cycle, otherwise known as a “complete heartbeat”, involves the rhythmic muscular contractions of the heart through systole and diastole of both the atria and ventricles.  Each phase of the cycle can be represented by waves on an electrocardiogram and consist of seven distinct phases:

Warm the stethoscope with hands 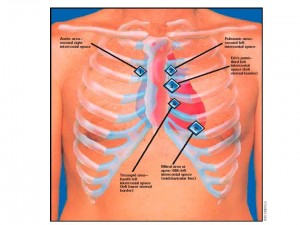 Abnormalities in S2 can arise in the pattern of splitting:

One response to “Basic Physiology and Approach to Heart Sounds”