Breastfeeding has been recognized as the optimal sole source of nutrition in infants by the American Academy of Pediatrics. It has many benefits to both infant and mother. Exclusive breastfeeding is recommended in the first 6 months of life and partial breastfeeding (breastfeeding plus introduction of solid foods) for up to at least 12 months of age.

Advantages of breastfeeding to the infant include decreased incidence or severity of diarrhea, respiratory illness and otitis media as well passing protective antobodies (IgE) to the infant.  Advantages to the mother include decreased risk of postpartum hemorrhage, longer period of amenorrhea, and reduced risk of ovarian and premenopausal breast cancers.  There is also an economic advantage to both mothers and society.

Despite the advantages of breastfeeding, may women choose not to breastfeed for a variety of reasons.  Others initiate breastfeeding but stop due to problems that arise.  Below, the common problems associated with breastfeeding and their management will be discussed.

Breastfeeding problems are common among mothers and can be very challenging for both the mother and infant. The anxiety that accompanies first-time mothers breastfeeding in addition to underestimated intensity of newborn care can contribute to breastfeeding difficulties. There are many complications associated with breastfeeding which include engorgement, breast tenderness, sore or painful nipples, plugged ducts, and infection of the breast (mastitis).

Effective breastfeeding can often be determined by an infant’s stool. An infant who is successfully breastfed will clear meconium within 3 days postpartum. Delayed clearance of meconium may indicate failure of lactogenesis (milk production), poor latching or ineffective milk transfer. By day 5 of life, the stools should be yellow and seedy. (*Failure to pass meconium within 48 hours is abnormal and the infant should be seen by a physician immediately*) 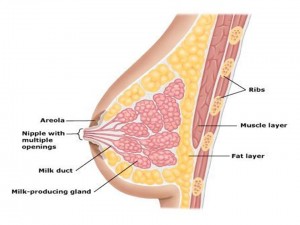 Figure1: Anatomy of the breast – Adapted from Hopkinson et al. 2008.

As one of the most common causes of lactation failure, symptoms of engorgement consist of swelling within the breast tissue. This is most common on the third postpartum day at the onset of large quantities of milk production.  The breasts become firm, warm, painful and throbbing and the nipples become nonprotractile.  Temperature increases in some women. If severe engorgement occurs, the rigidity of the areola may prevent the infant from latching (tight seal of the infant’s lip around the nipple).. Engorgement may occur early (24-72 hours postpartum) or late in the post-partum period. Early engorgement results from a combination of edema, tissue swelling and milk production whereas engorgement that occurs later is usually strictly due to accumulated milk.

Nipples normally are more sensitive during pregnancy and become the most sensitive approximately 4 days after delivery.  Soreness is expected within the first 30 to 60 seconds of breast feeding but then improves. However, pain which continues or increases throughout breastfeeding represents trauma. Nipple cracking, bruising or blistering can develop if the infant latches on incorrectly or does not engulf a large enough portion of the area behind the nipple.  Overtime, cracking, bruising or blistering can worsen without proper treatment.  Pain that continues beyond the first postpartum week is usually represents tissue damage and proper cleaning and care should be applied to the affected area to prevent infection

Other Common causes of sore or painful nipples: